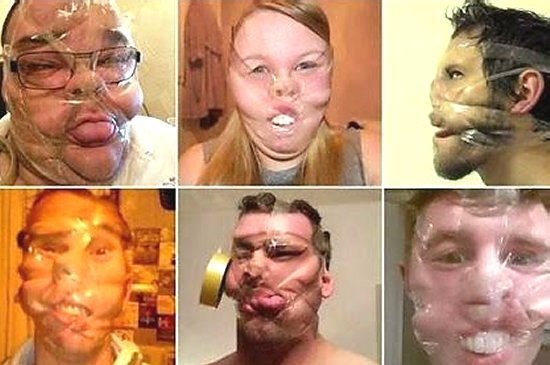 Live Nation is flirting with the idea of employing facial recognition technology to speed up admission into concerts. The entertainment company would “acquire a face image and match it against a large database in half a second.” Ostensibly, people can just enter a venue without presenting a paper ticket or a digital ticket on a cellphone. Conversely, […] 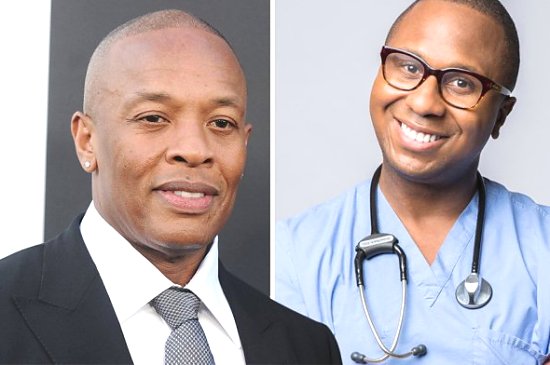 Hip-hop icon and headphone impresario Dr. Dre has lost a trademark dispute with Pennsylvania gynecologist Dr. Draion M. Burch over Burch’s attempt to trademark the name Dr. Drai. The case has been ongoing since 2015, when Dre (real name Andre Young) claimed the similarity between the names Dr. Dre and Dr. Drai could cause “confusion.” […] 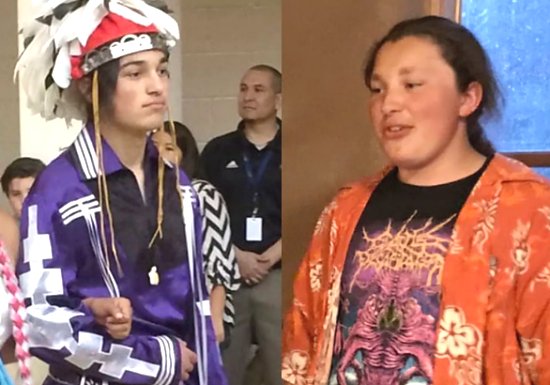 On April 30, two young Native American men wearing metal band shirts were pulled from a Colorado State University campus tour and questioned by the school’s police, following a call from a mother on the tour. The two teenagers—brothers Thomas Kanewakeron Gray, 19, and Lloyd Skanahwati Gray, 17—were late to the tour after driving seven […] 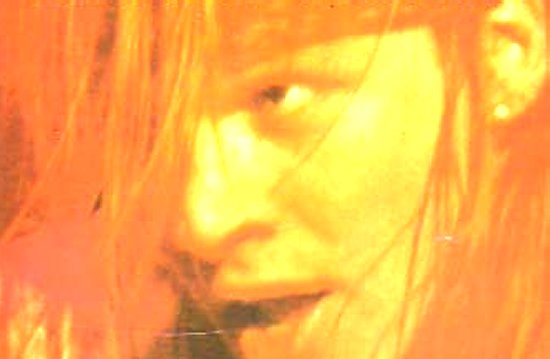 Guns N' Roses excluded their song One In A Million from their upcoming box-set reissue of their classic album 'Appetite For Destruction' that will feature five discs, seven LP’s, seven 7″, with 73 tracks long, 49 of them being previously unreleased songs, but not the 'One...’. That song drew heavy criticism for featuring the lyrics “Police […] 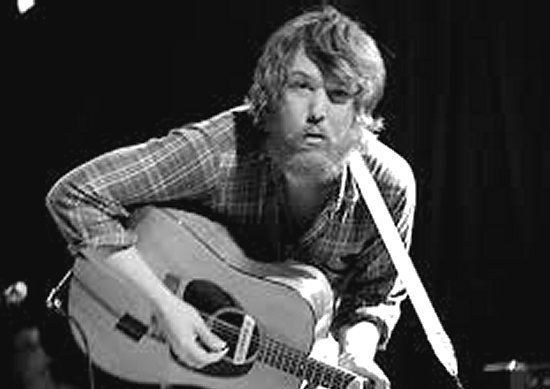 Fleet Foxes frontman Robin Pecknold is offering his co-writing services to fans. “I will help you finish your song, send it to /Robin-Pecknold on SoundCloud, one a week for foreseeable future,” he posted on Instagram. “This is so fun everyone is great and music is the best” he continued, “This is a much more engaging […] 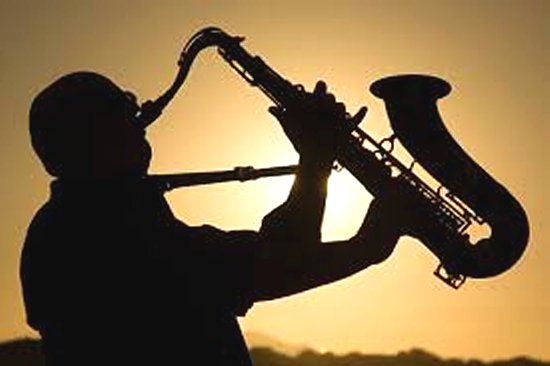 "When a US blighted by racial unrest found itself needing to win a global propaganda war, a team of musical ambassadors was assembled. The result was anything but straightforward" - Guardian writes about “cultural presentations program – the effort to export American culture as a weapon in the fight against Soviet communism". A strange idea, a […] 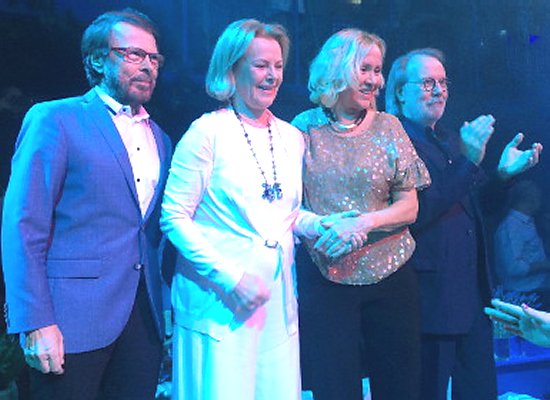 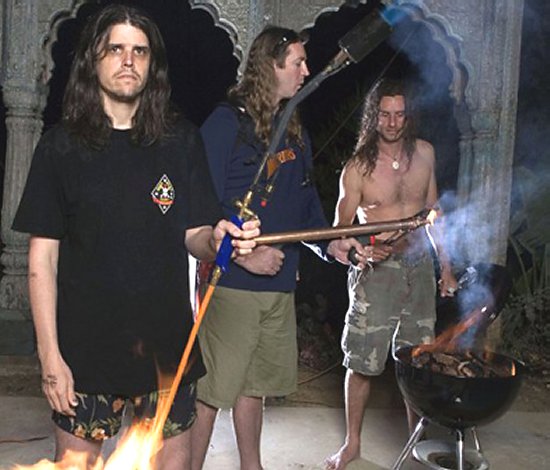 Tool have posted a video on their Facebook page that features new instrumental music. It comes ahead of brief six-city tour guitarist Adam Jones, drummer Danny Carey, and bass player Justin Chancellor will embark on. In February, frontman Maynard James Keenan said this about new album: “Words & Melodies 100% DONE on all but 1. Someday we’ll […]

Janelle Monáe: I'm open to learning more about who I am 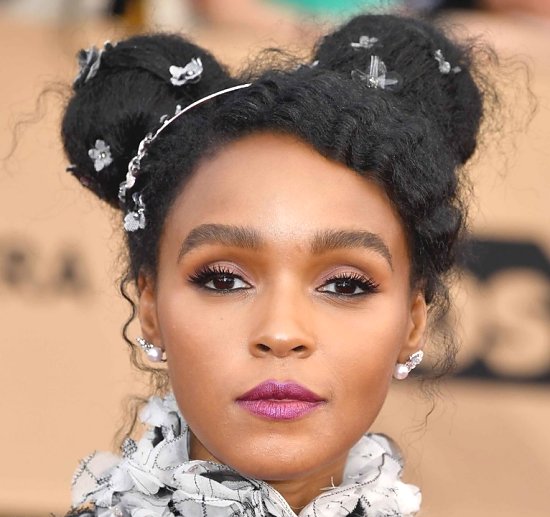 "Being a queer black woman in America, someone who has been in relationships with both men and women – I consider myself to be a free-ass motherfucker" - that's how Janelle Monáe described herself in Rolling Stone interview. On her sexuality: "I read about pansexuality and was like, ‘Oh, these are things that I identify […]

The Roots’ Questlove identifies Prince songs from one-second clips, even one quarter of a second clips

Rolling Stone's Artist you need to Know: Gang of Youths 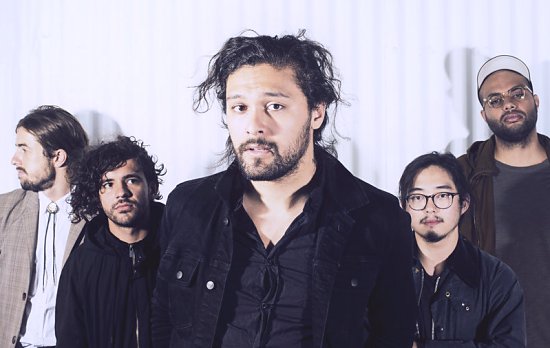 Who's them: modern-rock quintet from Australia,  stormy guitar anthems with spiritual-crisis, warrior-soul vocals, a singer with "a deep desire to learn shit, to find out what is absolute spirit, and how to navigate that through the lens of art". Rolling Stone

From Russia with love: 10 Essential Tracks from Russia’s Most Exciting Electronic Label 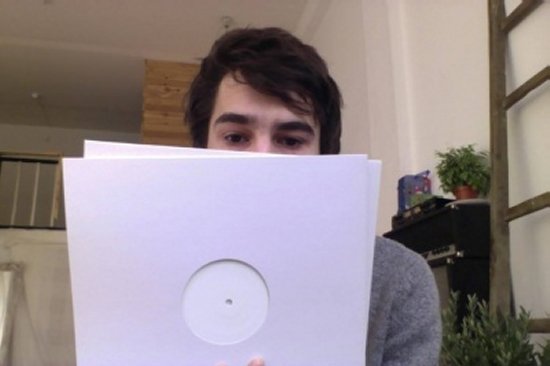 Pitchfork chose 10 "essential" tracks from Gost Zvuk, Russia's electronic label: "Most releases are connected by their lo-fi ambient haze (...) those who dare to explore their own identity in specific ways often produce the most interesting results".

Missed you so much - 'The Moth' Manchester Orchestra

One of the last year's great songs, that was sadly missed by some. Deserves to be Falseto's first post. Nice beards too...

Chris Brown took home four trophies last night at the 2020 Soul Train Awards, including best R&B/soul male artist and song of the year for 'Go Crazy', Billboard reports. Summer Walker’s debut album, 'Over It', won album of the year, while Snoh Aalegra, a Swedish singer/songwriter based in Los Angeles, took best new artist. H.E.R. won best R&B/soul female artist and songwriter’s award, saying in her acceptance speech - “People say R&B is dead; R&B is not dead. R&B is in everything”.

AllMusic made a selection of books released this year. Included are: 'This Isn't Happening' about how Radiohead made their album 'Kid A' that changed so much; 'The Meaning of Mariah Carey' about one of the biggest stars being surrounded by some of the most powerful people in the music industry; 'Larger Than Life' about the phenomenon of boy bands; 'How to Write One Song' with Wilco's Jeff Tweedy offering straightforward advice on the process of writing a song...

BTS climb to the top of Billboard 200, make chart history

K-pop boys BTS have debuted at No. 1 on Billboard's Top 200 Albums chart with their newest release 'Be', after earning 242,000 equivalent album units in the U.S. last week, Billboard reports. BTS is now the first group to land two different albums at No. 1 on the Billboard 200 in 2020, and the second artist overall - following American rapper YoungBoy Never Broke Again. 'Be' is also BTS’ fifth album to enter the chart at No. 1.

Ozzy Osbourne’s childhood bedroom available to rent for a night

The Birmingham bedroom that Black Sabbath's Ozzy Osbourne spent his childhood in is now available to rent for a night. Speaking in a GQ interview, Osbourne said the person currently occupying his pre-fame family home is charging people to sleep in his old room - “He charges £400 a night. The fucking house weren’t worth £300! They must be doing an expensive extension on the bathroom”.

The Quietus made a collection of 10 record sleeves by twentieth century artists, "sometimes as artistic statements in their own rights and sometimes simply as a paying gig". There are Salvador Dali, Andy Warhol, Jean-Michel Basquiat and others.

Three Slipknot members are getting a toy-treatment by pop culture collectibles producer Funko for their popular line of "Pop! Rocks" vinyl collectibles. Despite Slipknot totaling nine members, and more if you were to count past members, only three figures - Corey Taylor, Sid Wilson and Craig Jones - have been announced. Taylor, Wilson and Jones are depicted in their most current state as seen on the 'We Are Not Your Kind' album cycle.

Other music for the people

'Other Music' was a cult record store in Manhattan, which opened in 1995, becoming a crucial hub of New York’s vibrant 00s indie boom, and closing in 2016. New docu of the same name "goes on to capture the store’s final days, before it gets physically ripped apart. Watching it could hurt even the coolest of hearts", Guardian says.

LA Times presents Jacob Collier, the British "strange-pop" artist with a jazz background. The 26-year-old of British and Chinese descent wasn't a household name until this week when he was nominated for the Grammy award for album of the year, alongside Taylor Swift, Dua Lipa, Post Malone and Coldplay. A nice boy...

System of a Down's 'Chop Suey!' - the first metal song to reach 1 billion views on YouTube

The music video for System of a Down’s classic 'Chop Suey!' has surpassed 1 billion views on YouTube, making it the first metal song to hit that illustrious mark, Loudwire reports. 'Chop Suey!' joins the company of songs in the YouTube billion club that fall into the hard- or alter-rock category - Guns N’ Roses’ 'November Rain' and 'Sweet Child O’ Mine', Linkin Park’s 'In the End' and 'Numb', and Nirvana’s 'Smells Like Teen Spirit'...

The new album by Fontaines D.C. strikes "perfect balance between tough and tender"