Alicia Keys: All the uplifting songs, I’ve written them at my lowest point

“I am that person. The one that wasn’t supposed to make it out of Hell’s Kitchen, who was supposed to end up being a prostitute, a young mother at 16 years old, or addicted to drugs" - Alicia Keys says in a Guardian interview about her new album. "And what the fuck is a dream? A dream is a luxury, if you have to pay all these bills and put food on the table for your kids... All the songs I’ve ever written that have been considered empowering or uplifting, I’ve written them at my lowest point. Because I needed to remind myself: don’t forget that”.

Alicia Keys announced she is teaming with the American National Football League for a $1 billion fund that will financially support Black businesses and communities, ALL Hip Hop reports. She announced the project at the NFL Kick-off event, and performed her new song 'Love Looks Better'. Keys said "the fund will create long term solutions with a focus on Black entrepreneurs, businesses, communities, Black schools, banks, and other Black institutions, while addressing persistent social, economic and environmental disparities". NFL faced years of backlash for allegedly blackballing former San Francisco quarterback Colin Kaepernick for his peaceful protests during the playing of the national anthem.

Usher, Sheila and FKA Twigs performed a Prince medley at the 62nd Annual Grammys - the trio performed (well, FKA twigs actually just pole-danced) 'Little Red Corvette', 'When Doves Cry', and 'Kiss'. The host Alicia Keys was joined on stage by Boyz II Men to pay an emotional tribute to Kobe Bryant, who died earlier the same day - the four performed the Motown classic 'It's So Hard to Say Goodbye to Yesterday'. Tyler, the Creator, donning his signature "IGOR" look, was joined by Boyz II Men for his energetic performance 'Earfquake' and 'New Magic Wand'. Aerosmith went 30 years back and showed where the rap-meets-rock/metal came from, with performance of 'Walk This Way' with Run DMC.

Where to watch the Grammys

The 2020 Grammy Awards take place on Sunday, January 26th, in Los Angeles (starting at 5 PM local time). The ceremony will be streamed live on Grammy.com. Alicia Keys returns for her second go-around as host of the Grammys, confirmed Grammys 2020 performers include Billie Eilish, Ariana Grande, Lizzo, Rosalía, Tyler the Creator, Jonas Brothers, and Demi Lovato. Aerosmith will team up with Run-DMC, and Gwen Stefani and Blake Shelton will share the stage for the first time. There will also be a special tribute performance to Nipsey Hussle, featuring John Legend, Meek Mill, DJ Khaled, and Roddy Richh. Plus, Lil Nas X will join forces with BTS, Billy Ray Cyrus, Diplo, and Mason Ramsey for a performance as “Old Town Road All-Stars”. Camila Cabello will lead an all-star rendition of the Fame song 'I Sing the Body Electric' with Gary Clark Jr., John Legend, Common, Cyndi Lauper, Ben Platt, as “a tribute to longtime Grammy executive producer Ken Ehrlich to acknowledge the importance of music education in schools”.

Outkast's André 3000 will star in a new 10-part series 'Dispatches From Elsewhere', with the drama series following “a group of people who stumble onto a puzzle hiding behind everyday life and discover an ever-deepening mystery”, Atlanta Journal-Constitution reports. In other music/TV related news, All Hip Hop reports Alicia Keys has partnered with the production […]

Mark Ronson: We were trying to make fun tunes in the studio, but it all turned out sad

"We were trying to make fun tunes in the studio. I wasn't even aware right away that I was channelling my divorce, either — I just kind of had this overwhelming sense of melancholy that seemed to seep into this music" - producer and songwriter Mark Ronson tells Exclaim in an interview about his latest […] 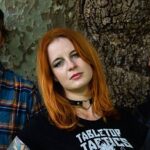 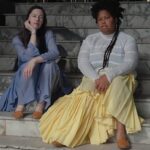 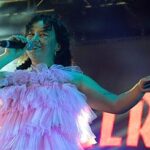