Featuring cameos by Henry Rollins and Vince Staples, the new advertisement for Converse directed by Tyler, the Creator is a funny little video. The clip centers on a meeting of “The Really Cool Converse Club”, which includes greasers, punks, pirates, and more, who convene to revoke membership from one of their own.

Tyler, the Creator debuts at No. 1 on Billboard 200 with ‘Call Me If You Get Lost’

Tyler, the Creator has debuted at No. 1 on the Billboard 200 chart as his latest studio offering, 'Call Me If You Get Lost' earned 169,000 equivalent album units in the tracking week ending July 1 in the US, according to Billboard. Of his sales, 114,000 came from streaming and 55,000 from official album sales, largely from deluxe box sets sold exclusively via the artist’s web-store. This is Tyler, the Creator's second No. 1 album - he previously hit No. 1 with his last album, 2019’s 'IGOR'.

Tyler, the Creator gives hip-hop "one of its most vital adoring tributes"

"A dense, kaleidoscopic album that might take a lot of time to fully unpick" - Alexis Petridis reviews 'Call Me If You Get Lost' by the California rapper (gave if 5 of 5 stars). Vulture likes "gorgeous sonics, well-placed samples, and entertaining sparring with guests rappers and singers", whereas Stereogum says Tyler, Creator has "given the genre one of its most vital adoring tributes in recent memory". Consequence says simply 'Call Me...' "might be the best hip-hop album of 2021".

Yves Jarvis drops the only freest song today - 'Projection'; Tyler, The Creator & A$AP Rocky share a funky banger 'Jingelin'; Cassandra Jenkins' 'Crosshairs' is as light and easy as the snow where the video was shot; Jay-Z shares his Nipsey Hussle collab 'What It Feels Like' from the 'Judas & the Black Messiah' soundtrack; Cult of Luna share a doom-sludge EP with 'I Remember' as the stand-out track from it; UK grime masters Digga D x AJ Tracey share ‘Bringing It Back’.

Lewis Capaldi was the big winner at last night's Brit Awards picking up statues in Best new artist and Best song categories ('Someone You Love'). Dave won the No. 1 award, the Best album category, for 'Psychodrama', Mabel was awarded Best female award (30 years to the day her mother Neneh Cherry won her very own trophies), Stormzy got the Best male, and the Foals Best British group awards. Billie Eilish won in the International female category, with Tyler, the Creator wining in the International male category. Rising star award went to Celeste. Independent points out to Dave's political statement at the Brits - called out UK prime minister "racist", and lack of women, nominated or awarded.

Usher, Sheila and FKA Twigs performed a Prince medley at the 62nd Annual Grammys - the trio performed (well, FKA twigs actually just pole-danced) 'Little Red Corvette', 'When Doves Cry', and 'Kiss'. The host Alicia Keys was joined on stage by Boyz II Men to pay an emotional tribute to Kobe Bryant, who died earlier the same day - the four performed the Motown classic 'It's So Hard to Say Goodbye to Yesterday'. Tyler, the Creator, donning his signature "IGOR" look, was joined by Boyz II Men for his energetic performance 'Earfquake' and 'New Magic Wand'. Aerosmith went 30 years back and showed where the rap-meets-rock/metal came from, with performance of 'Walk This Way' with Run DMC.

Billie Eilish became the first woman in Grammy history to sweep the Big Four awards: album, record and song of the year plus best new artist. The first artist ever to win the big four awards was Christopher Cross 39 years ago. Eilish took album of the year for her debut, 'When We All Fall Asleep, Where Do We Go?', becoming the youngest album of the year winner in Grammy history (she is 18), easily topping Taylor Swift, who was 20 when she won a decade ago for 'Fearless'. She's also the youngest record of the year winner, with 'Bad Guy', in Grammy history - before her, the youngest were Kimbra and Sam Smith (both were 22 when they won). Also, Eilish's collaborator and older brother Finneas (22), is the youngest winner of producer of the year, non-classical in the category's history. Lizzo took best urban contemporary album for 'Cuz I Love You (Deluxe)', Tyler, the Creator's 'Igor' won best rap album, The Chemical Brothers' 'No Geography' won best dance/electronic album, Cage the Elephant took best rock album with 'Social Cues', Vampire Weekend took best alternative music album with 'Father of the Bride', the late Nipsey Hussle won his first Grammy for best rap performance for 'Racks in the Middle', Tool won best metal performance for '7empest', Beyoncé's 'Homecoming' won best music film, former First Lady Michelle Obama's 'Becoming' won best spoken word record...

Where to watch the Grammys

The 2020 Grammy Awards take place on Sunday, January 26th, in Los Angeles (starting at 5 PM local time). The ceremony will be streamed live on Grammy.com. Alicia Keys returns for her second go-around as host of the Grammys, confirmed Grammys 2020 performers include Billie Eilish, Ariana Grande, Lizzo, Rosalía, Tyler the Creator, Jonas Brothers, and Demi Lovato. Aerosmith will team up with Run-DMC, and Gwen Stefani and Blake Shelton will share the stage for the first time. There will also be a special tribute performance to Nipsey Hussle, featuring John Legend, Meek Mill, DJ Khaled, and Roddy Richh. Plus, Lil Nas X will join forces with BTS, Billy Ray Cyrus, Diplo, and Mason Ramsey for a performance as “Old Town Road All-Stars”. Camila Cabello will lead an all-star rendition of the Fame song 'I Sing the Body Electric' with Gary Clark Jr., John Legend, Common, Cyndi Lauper, Ben Platt, as “a tribute to longtime Grammy executive producer Ken Ehrlich to acknowledge the importance of music education in schools”.

Quite a good selection of rap and R&B (actually, mostly rap) albums of 2019 by the Brooklyn Vegan. An inclusive list covers majority of the most important moments in this year's rap/R&B - they've got Skepta's 'Ignorance Is Bliss', Pivot Gang's 'You Can’t Sit With Us', Stormzy's 'Heavy Is The Head', Danny Brown's 'uknowhatimsayin?', Solange's […]

What do Bob Dylan's 'Blood on the Tracks' and Tyler the Creator's 'IGOR' have in common?

PopMatters has an interesting article where they compare albums 'Blood on the Tracks' by Bob Dylan and 'IGOR' by Tyler the Creator, as the tipping points in each of artist's careers. As PM says: "Breakup albums have a rare power; they mark the moment when an image-conscious artist is suddenly compelled to let his guard […]

Brooklyn Vegan: How Tyler, the Creator & Odd Future evolved and dominated the 2010s

From music that "felt so full of authentic, unfiltered emotion" on his first album to "his best album in years and his most stunning artistic achievement since he introduced himself to the world almost a decade ago" on this year's 'IGOR? - Brooklyn Vegan sums up Tyler, the Creator's career. BV sees him as one […]

Tyler, the Creator lands his first #1 album with 'IGOR'

CoS: Tyler, the Creator blossoms on the masterful 'IGOR'

Consequence of Sound gives Tyler, the Creator A- for his new album 'IGOR' - "Tyler has become more focused, honing his production skills and discovering that the art of crafting albums is more rewarding than shock value and banger clout... While the harmonic soulfulness expressed on 'IGOR' is among the best in hip-hop, Tyler’s choice to manipulate […]

Tyler, The Creator: No drugs in the studio 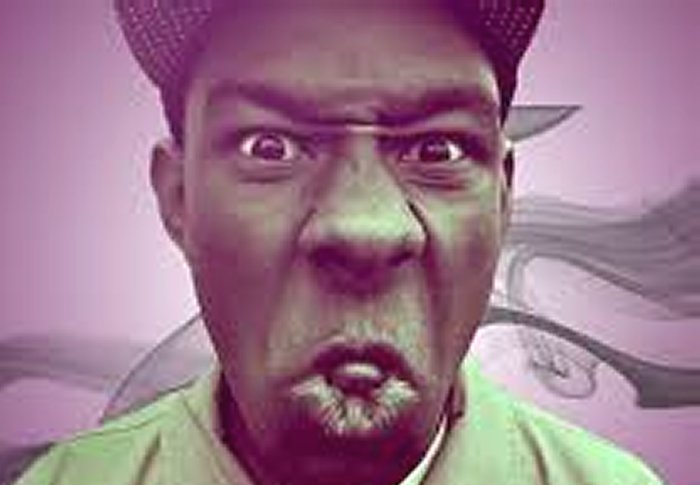 Rapper Tyler, The Creator refuses to allow marijuana or booze in the recording studio when he's working on new music because he demands everyone has a "clear mind," a lesson learned by one of A$AP Rocky's entourage members over the summer, when the two rappers got together to create their song 'Potato Salad'. After noticing the […]

Earl Sweatshirt: Pandemic pointed me to necessity of rhythmic backbone