A solemn, yet hopeful text in Pitchfork about the end of one unhappy political era in American politics, and how Cohen's legacy helped go through it. The author, somewhat ambitiously, gives Lana Del Rey the torch that Cohen once carried. A great read anyhow.

The 2020 Republican National Convention has closed out with opera singer Christopher Macchio belting out a version of Leonard Cohen's 'Hallelujah'. Brooklyn Vegan is convinced that Trump hasn't even read the lyrics, because Cohen there sings "I've seen your flag on the marble arch / But love is not a victory march / It's a cold and it's a broken Hallelujah". In other disrespect-related news, Donald Trump accepted the Republican nomination, and when his daughter Ivanka Trump arrived on the stage to introduce her father, she did so to the soundtrack of Elton John’s 'I’m Still Standing', causing the British singer’s name to light up social media. Billboard reports many fans weren't happy.

International music festival Pop Montreal set up its own balcony singing session in hopes of bringing some hope to residents holed up in their homes amid the coronavirus pandemic social distancing measures. Montrealers headed out onto their balconies, porches and rooftops, and belt out the words to Leonard Cohen's 'So Long, Marianne', a song that has the opening lyrics "Come over to the window, my little darling". Montreal folk musician Martha Wainwright lead the singalong through a live stream on social media.

Australian singer-songwriter Courtney Barnett surprise-released her 'MTV Australia Unplugged Live In Melbourne' this week, closing the set with a beautiful cover of Leonard Cohen’s 'So Long, Marianne' (watch below). The album is out digitally - on Bandcamp.

"Cohen is communicating with ghosts, aware he might soon become one himself, but he sounds strangely excited rather than scared" - NME says in a review of Cohen's posthumous album 'Happens to the Heart', helmed by Cohen’s son Adam and comprised of unfinished songs from the ‘You Want It Darker’ sessions. The album is coloured […]

A posthumous Leonard Cohen album 'Thanks for the Dance' of previously unreleased music has been announced, NPR reports. It's "an unexpected harvest of new songs, exciting and vital, a continuation of the master’s final work”, the press release said. In big part it is a work of Cohen's son Adam - the father had asked […]

Over 50 love letters from Leonard Cohen to Marianne Ihlen (who inspired 'So Long Marianne' and many other of his songs) have been sold for $876,000 at a recent Christie’s auction. The letters sold individually, with one from December 1960, where he wrote about being “alone with the vast dictionaries of language,” went for $56,250, another, which was from 1964 and had Cohen […]

Leonard Cohen documentary 'Marianne & Leonard' coming out, his love letter to her at auction

Decades long love between Leonard Cohen and Marianne Ihlen is the subject of 'Marianne & Leonard: Words of Love', a documentary by Nick Broomfield, who also worked on 'Kurt & Courtney', 'Biggie & Tupac', 'Whitney: Can I Be Me', and other films, Brooklyn Vegan reports. 'Marianne & Leonard' premiered at the 2019 Sundance Film Festival, and it’s set for release in […] 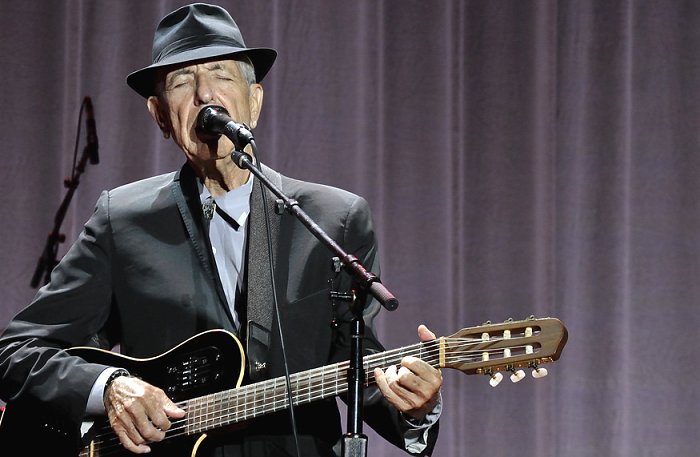 Leonard Cohen's son Adam is working on a posthumous album by his father. He said that unlike the songs on 'You Want it Darker', which reflected on death, the tone of this material “resembles his older work, something more romantic.” Cohen served as his father’s producer on final album 'You Want It Darker'. He expects it to […]

The new album by Fontaines D.C. strikes "perfect balance between tough and tender"

Julia Jacklin: Crowd responses inform me what the song is