Rolling Stones record - the first band to land a No. 1 album across six different decades

The Rolling Stones have climbed the top of the UK album chart with their reissue of 'Goats Head Soup', the second time the album has ruled the Official U.K. Albums Chart. With their latest chart feat, The Stones become the first band in history to land a No. 1 album across six different decades, UK Chart report. The Rolling Stones now have 13 No. 1 albums, including the 1973 original edition of 'Goats Head Soup', placing them level with Elvis Presley and Robbie Williams. Only The Beatles have more career No. 1 albums in the U.K., at 16.

Rolling Stones drop first new song in eight years, about being "locked down" 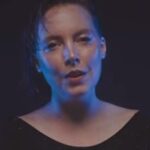